Account-based marketing (ABM) and deal-based marketing (DBM) each play vital roles in attracting, winning and growing business, but can bringing them closer together deliver better results?

In case you’re new to either term, ABM focuses on identifying and engaging with potentially valuable accounts to nurture awareness, build and broaden engagement and guide them along the buying journey through targeted content. This could be on a one-to-many, one-to-few or one-to-one basis.

DBM, on the other hand, is a proactive pursuit form of forensically targeted ABM that focuses on a specific bid opportunity or request for proposal (RFP) rather than a single account. It involves crafting a highly polished, strategic bid response, but crucially also identifies the key decision makers and shapes their perceptions of the bidder’s proposition to encourage a positive bid response. In fact, when applied effectively, it can even disrupt an RFP process and, in some cases, avoid the RFP entirely by placing the supplier in a new proactive partner position.

They both require meticulous and forensic research into the target business, its key decisionmakers and its market. Where they differ is the point at which they are deployed in the buyer lifecycle, how they are planned and the desired outcomes. This means each demands unique, but complementary, expertise and experience.

Building the account profiles that are the cornerstone of ABM requires collecting and analysing diverse sales and marketing data overlaid with market and buying intent insight. DBM, meanwhile, focuses on a single, clearly defined stakeholder set from the start.

Often an ABM strategy (at least a one-to-many) is deployed through demand and lead generation to nurture client relationships which are then handed over to sales to pursue when they have reached a particular level of engagement. Traditionally, it’s at this point that ABM stops.

DBM, on the other hand, involves carefully managing specific high-value bids or upcoming deals to establish the best chance of success. This demands thorough planning to uncover and exploit all opportunities, while also being agile and responsive where necessary.

All relevant skills and roles of the bidder must be brought together to focus on the same goal, from research, subject matter experts, solution design and deal architects and proposal writing, to creative and presentation. This also involves input from stakeholders you wouldn’t traditionally engage with for ABM, such as procurement, commercial and legal teams.

Finally, the dynamics of each technique differs significantly. You simply don’t get the time with DBM that you do with ABM, as you need to be much more reactive and responsive to handle anything your client might throw at you quickly and effectively, while working within an often tight framework and closely governed compliance and procurement process.

Working towards the same goal

Despite these clear differences, ABM and DBM can work together to potentially drive better outcomes and place the bidding company in pole position before the RFP is issued. Deals don’t appear out of the blue. There is often an 18-month or more lead up to a competitive pitch being issued. This leaves plenty of time to prep early and build engagement so that you’re not coming to the bid table cold.

Think of this in terms of a cycling peloton. There may be eight people in the team, but the key aim is to get just one across the line in first place. During the unpredictable early stages of the race, before a clear leader has been established, the ABM team will ride at the front to reduce drag and allow the DBM specialist to work on the bid draft and expend less energy. As they near the final stretch of the race, ABM moves aside and the specialist finisher takes the lead, striving to break clear of the competitors for the final sprint to the finish line.

Each member of the peloton has a distinct role to play at different stages of the race, along with specific training regimes focused on their individual roles and objectives. However, when a team’s cyclists unify around a race plan, the cumulative effect creates a significant competitive advantage.

Despite the obvious advantages of working as a team, how often do the efforts and outcomes of our ABM programmes contribute to our bids and proposals process? How often do the customer value propositions we develop for ABM sit at the heart of our drive to develop deal-based win themes? How close is the relationship between our agencies and ABM team, and our bid, solutions and pursuits team?

If the answer to any of those questions is “not very”, then your sales peloton isn’t functioning as well as it could. As a quick win, get someone involved in ABM strategy to walk your bids team through the process. Ask them to review a couple of bid documents. You might be surprised at the outcome and the insights.

Early ABM engagement holds the key to gaining vital competitive advantage in the bid process. It can provide the key insight, guidance and stakeholder influence to hone and differentiate your bid – and really bring it to life. Maybe even circumventing the RFP process.

So don’t waste time passively waiting for the RFP to arrive with no research, training or preparation. Join the race as the known disruptor, challenger and game changer to give yourself the best possible chance of success.

At JPC, we’ve helped our ambitious clients secure an ICV of over £12bn in the past six years by developing and delivering a forensic and pre-emptive integrated ABM and DBM strategy targeted at their most high-value enterprise accounts. If you’re struggling with any of these themes and want help making and impact and disrupting the status quo, get in touch 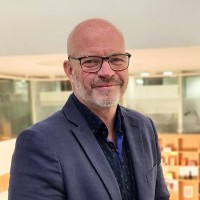